Do you ever wish to become a celebrity for just one day? Have you ever wondered what it would be like to step into your favourite celeb's shoes? What if we told you that you could!

Technically it would be in the form of sunglasses, not shoes. This musical legend has been rocking our world with his sunglasses fashion since his first tour in the 1970s. He has been known for his exquisite taste in clothes and eyewear. You guessed it right; we are talking about Elton John!

Who Is Elton John?

Sir Elton John is a multiple Grammy-winning legend and flamboyant superstar. He is the most successful singer/songwriter of his generation. To summarize, his life and achievement would take a long while. Elton Hercules John is one of the most highly acclaimed and successful solo artists of all time.

He was born in 1947 as Reginald Kenneth Dwight in Pinner, Middlesex, England. At the age of 3, he astonished his family by sitting on the piano and playing a classical music piece by ear. At the age of 11, he was awarded a scholarship as a Junior Exhibitor at the Royal Academy of Music. He attended the Academy every Saturday for four years straight.

The musical star is the most successful solo male in American charts' history and the third most successful artist overall after Madonna and the Beatles. He achieved seven number 1 albums in just three and a half years from 1972 to 1975. Also, he has been nominated for a Grammy award 11 times. Three of his albums have been inducted into the Grammy Hall of Fame. Elton has scored 4 Oscar nominations and a Tony award with four nominations as well. 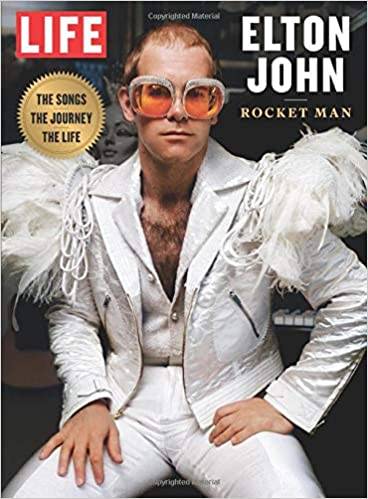 Apart from his talent in composing songs, music and having a beautiful voice, the costumes he wore when performing were out of this world. You can't help but mention the crazy clothes he wore on stage when you think of him. From colours to feathers and all other materials, here are five facts about the performer's wardrobe: 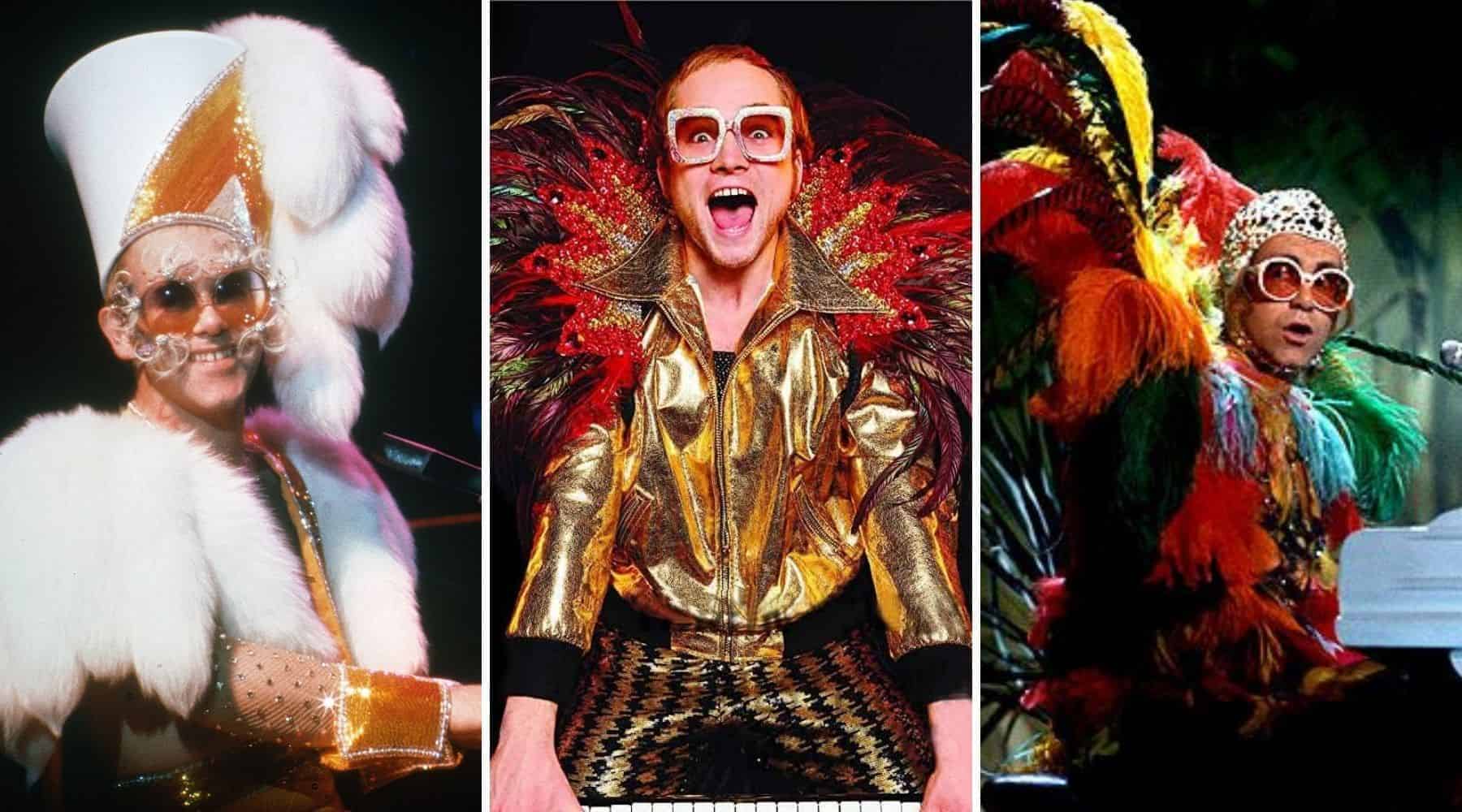 The Evolution of Elton John's Sunglasses

When you look back at the intersection of fashion and music throughout history, a few names will pop into your head, like Freddie Mercury, Mick Jagger and David Bowie. Now, ask any person you know this random question: What comes to your mind when I say, Elton John? You will probably hear these three things: his outrageous costumes, his iconic sunglasses and Lion King.

The British musical legend claims to own 250.000 pairs of sunglasses. He has been donning an outstanding selection of spectacles since the beginning of his career. The Hollywood actor Taron Egerton recreated and wore some of Elton John's sunglasses in his biopic Rocketman. Take a trip down memory lane as we pay homage to Elton John's sunglasses: 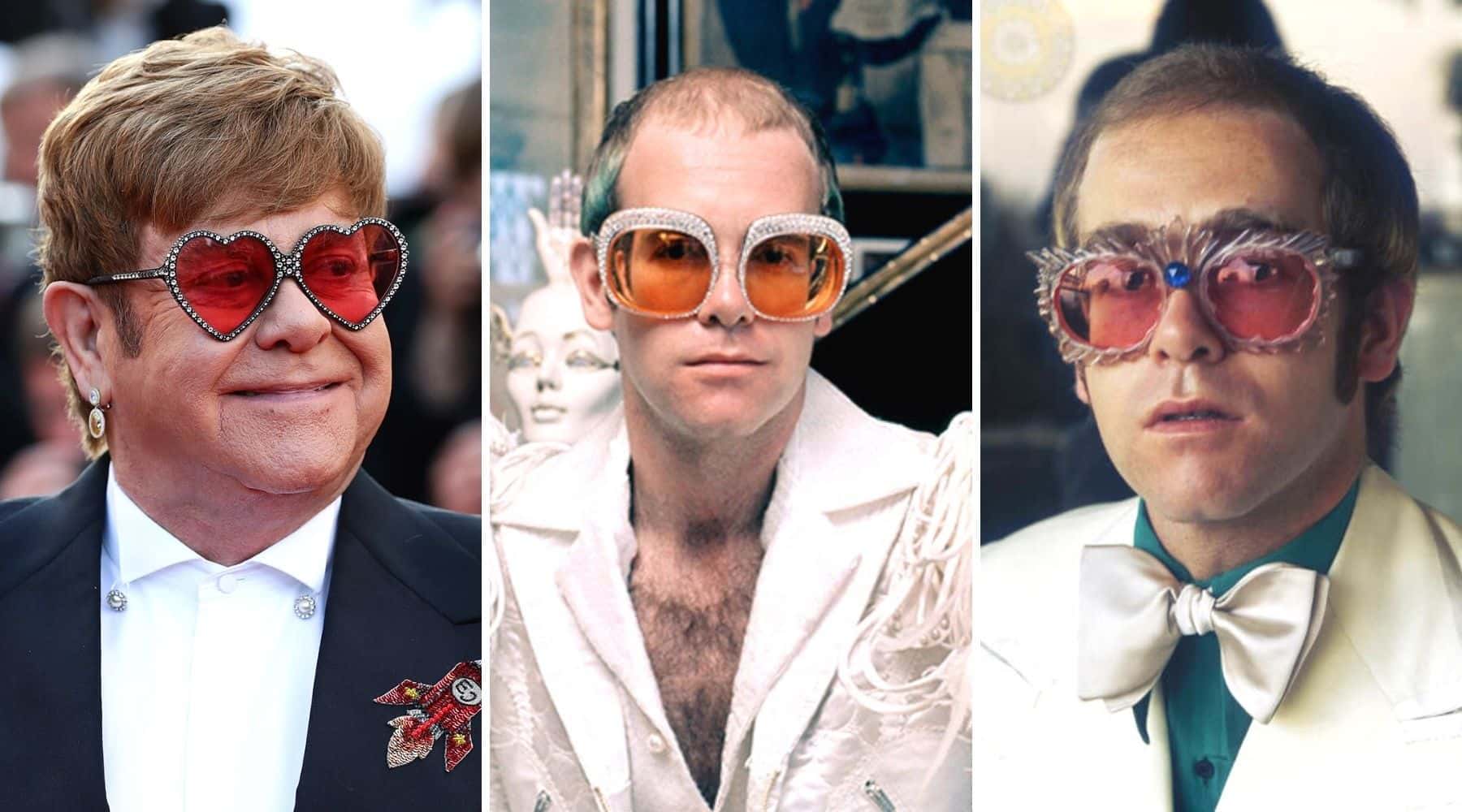 The British singer is a musical icon. But, it's not just his words, voice or charitable work that makes him a living legend. His persona and love for fashion added to that too. As we've seen above, Elton John's fashion outfits were never complete without a funky pair of sunglasses! So what if you can be like Elton John? Would you be interested in seeing the world through his eyes? Let's take a look at some Elton John inspired sunglasses that will allow you to channel your inner Elton!

When you say Elton, we think bold! If you want to be like Elton, you have to feel like him too. From wardrobe to eyewear, Elton's eyeglasses have always been like no other. Just look at the Daze sunglasses. The former shades are a medium frame fit. The geometric octagons are designed with a slim silver metal frame along with a curved bridge. Also, they include alluring Zebra Wood arms to make it a unique piece of fashion. Featuring dark grey polarized lenses, these uptown octagons will ensure an effortlessly fashionable look.

While paying tribute to Elton John's sunglasses, you can't help but pay attention to the details and shapes. Although geometric shapes are becoming the next best thing, let's not forget the root that started it all—the one condition that should be available in every closet: the round sunglasses. To add a little modern twist to it, check out the Jazz sunglasses. They are a small frame fit, designed with a keyhole nose bridge along with slimline wooden arms for an irresistible look. Featuring brown transparent acetate with brown polarized lenses, these bold sunglasses combine retro with contemporary styling for the perfect Elton John look.

We think it's pretty awesome to have your name linked to certain things. Not only Elton John's music entered the homes of millions around the world, his high sense of fashion and eyewear did too. We like to pay tributes to the legends, even in eyewear such as the Lennon sunglasses. They are a medium to oversized frame fit. The retro-round polarized sunglasses are designed with a curved bridge. Also, they combine a sleek gold metal frame with slim Zebra Wood temples. These vintage-inspired sunglasses have purple gradient lenses. Do you know who would be proud of you for wearing them? John Lennon himself! 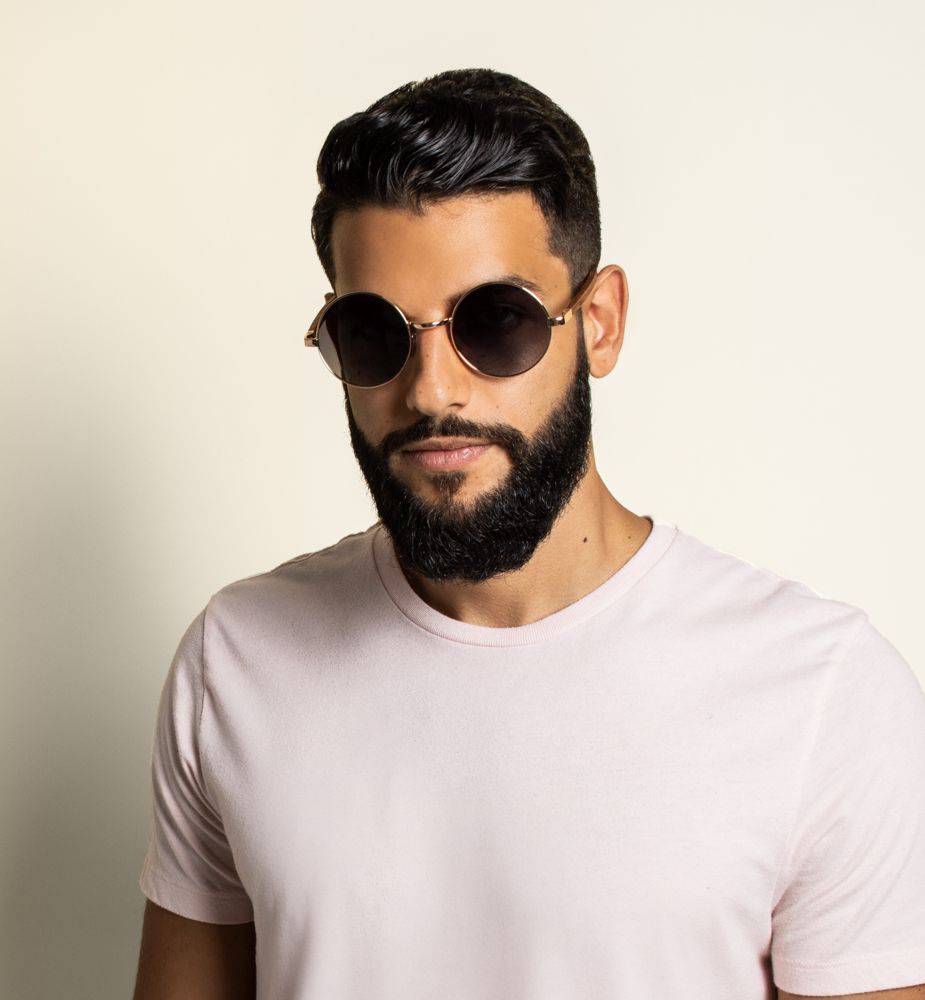 We have saved the best one for last. Throughout all of Elton John's performances, there are a couple of looks that will be unforgettable. We guess that's what Elton would have wanted you to feel: unique and unforgotten. With the aid of our Elton sunglasses, you can be! These geometric hexagon frames are designed with a slim gold metal frame and Elton John's signature pink lenses. Moreover, they feature Zebra Wood arms for a unique finish. They are the perfect pair to channel your inner Elton John and achieve that fashion-forward glam look.

Since the beginning, the British singer has opened up his art and heart to fans worldwide. He shares his exquisite taste in music and fashion with the fans. Moreover, Elton John's sunglasses were an essential component throughout career. They're bold, bright, brash, and as unique as a pair of sunglasses can be! It is no wonder he inspired many with bold and unique eyewear designs. If you're an Elton John fan, then our Elton-inspired sunglasses collection is waiting for you!